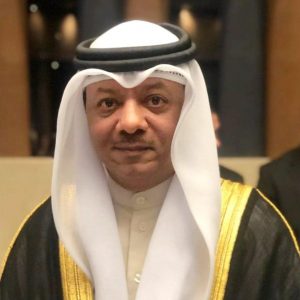 Manama, Bahrain, 6 October 2020: The Arab Voluntary Union launches Prince Mohammad Bin Fahd International Foundation Insignia for Best Voluntary Work for the third year in a row under the auspices of the League of Arab States nominating volunteers from around the world. The prize will be launched on International Volunteer Day, which falls on the fifth of December of each year, the award is organized in partnership with the United Nations Volunteers Program – Egypt, the United Nations Population Fund – the Regional Office for Arab Countries and the Arab Planning Institute in Kuwait.

Dr. Issa Al-Ansari, Secretary-General of the Prince Muhammad Bin Fahd International Foundation, said that this competition comes within the goals of the foundation to spread the culture of volunteer work in the Arab countries in particular and the world in general and to encourage volunteers to create and develop innovative projects in the field of volunteer work.

“This year’s prize will cover areas in the fields of education, health, economic empowerment, heritage, culture and art, water management and environment in addition to the fields of marketing and social media”. Said Mr. Hassan Buhazza, President of the Arab Voluntary Union “The prizes are estimated at 30.000 US dollars for each field, with a total of 180.000 US dollars”.

“This version of the Prince Mohammad Bin Fahd International Foundation Insignia for Best Voluntary Work is aimed at civil society organizations, voluntary initiatives licensed by the jurisdiction of each country in addition to private institutions and commercial companies”. Mr. Buhazza added.

Submission of voluntary projects started on the 27th of September 2020 and wil be running until the 28th of October 2020, projects can be submitted in English or Arabic, participants will have to fill a form that is currently available across the official websites and pages of the Prince Mohammad Bin Fahd International Foundation, the Arab Voluntary Union site and the sites of the partner agencies. Participating entities are required to provide an overview of the submitted project through a short video that does not exceed four minutes explaining the idea of the project, listing the beneficiaries from the project in addition to providing details and mechanisms of the project, the video content must be focused on the project activities and practical operations.

All applicants and participants including organizations, non-profit institutions and voluntary teams must be registered with the competent authority in the country in which the voluntary activity is initiated and practiced, it is not permissible to submit more than one project from each entity, the prize monetary value should be provided to the winners directly to support their voluntary projects, submitted voluntary projects should be compatible with the sustainable development plans and standards, all voluntary activities must be licensed by the competent authorities not containing any information contrary to the recognized moral values and the laws of the state, projects can be submitted once only without changing or replacing the project information after submission.

Applicants are required to list all awards and honors received previously for the participating project in the application form. Projects will not be accepted after the end of the period allowed for submission, the jury has the right to exclude any project that violates the terms and conditions of arbitration.

It is organized this year in partnership with the United Nations Volunteer Program – Egypt, United Nations Population Fund – the Regional Office for Arab States, and the Arab Planning Institute – Kuwait.

Prince Muhammad Bin Fahd International Foundation’s Prize acknowledge and celebrate the outstanding contribution of thousands of volunteers around the world who willingly give their time and skills to the community each year and have gone above and beyond to enrich the lives of those in the communities through volunteerism and service.

About The Arab Voluntary Union:

The Arab Voluntary Union is an international, voluntary and non-profit Arab organization that seeks to open up Arab volunteerism and federate Arab efforts in this field. The Union is looking forward to act as a leader in volunteering and developmental work by investing in youth energies and encouraging creativity, capacity building and community awareness, the whole through the altruistic approach of volunteering for the sake of developmental and humanitarian action.