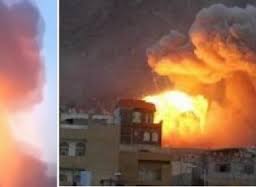 The Secretary General of the European Department for Security and Information Ambassador Dr. Haitham Abu Said declared that Yemen was bombed neutron bomb , which Israel openly having over publicly .The Secretary-General pointed out that Israel is behind it bear the full responsibility for this work , which criminalizes internationally has done. The information indicated […]